Just a little over a week ago, there were two separate cases that made headline news, both involving two individuals under the age of 21 whom all of sudden (with no warning) died from a heart attack. As a preventive cardiologist, I think it is crucial for people to understand what’s going on here. And after reading some online articles about these two cases, I fear that this is an opportunity to spread around false information. When it comes to health, knowledge is power, especially preventative health. So, I wanted to clear up some misconceptions and falsified information, or should I say “fake news”.  By sharing my perspective with you it is my hope that you are better prepared to evaluate if you or a loved one is at risk of Sudden Cardiac Arrest. Be sure to review the “Four Steps To Prevent a Major Heart Related Catastrophe” that I put together for you at the bottom of this article, and please share it with your loved ones.

As I was scrolling through Yahoo News, the first article that caught my attention was titled: “Miss Teen Universe's fatal heart attack left fans reeling, doctor explains what happened”.  Being a cardiologist you can understand why this caught my attention. The article attempts to explain the cause of death of former Miss Teen Universe Lotte Van Der Zee on her 20th birthday and 18-year-old younger Félicité Tomlinson who is the younger sister of former One Direction star Louis Tomilson.  The medical expert referenced in the article claims that Miss Teen Universe and Tomlinson both passed away from sudden cardiac arrest.

As a  preventative cardiologist, I feel obligated to publicly respond to opinions that I do not necessarily agree with when it comes to my area of expertise, the heart.  Although the medical expert accurately shed light to the reader on the heart attack epidemic in this country, his opinion that a heart attack was the cause of death for these ladies is not accurate.

Before I explain my position, I want to say I was very saddened by this news. It’s always sad when young people don’t get to live the full life they deserve, especially if their demise was caused by a death that could have been prevented. As a cardiologist with a strong family history of heart disease, it has always been my life’s mission to prevent heart disease in my family, my patients, and the rest of my community.  To do this as a medical community we must present accurate information to the public.

The cause of death for these ladies was what we call “sudden cardiac death” or “sudden death”. And, although the title of the article is, “Miss Teen Universe's fatal heart attack left fans reeling, doctor explains what happened”, it is important to clarify that “sudden death” IS NOT the same as a heart attack! The term "heart attack" is incorrectly used in this article.  Which causes confusion.

Let me explain the difference between the two. But, stay with me here as it can get a little complicated: A heart attack can potentially cause sudden death, but sudden death is not necessarily caused by a heart attack. In the cardiology world, what we consider a  "heart attack" is caused by the obstruction of blood flow to the heart due to either ruptured plaque in one of the coronary arteries or complete occlusion (blockage or closing of a blood vessel) of one or many of the coronary arteries by extensive plaque build up (this process is called Coronary Artery Disease or CAD for short). Once a portion or most of the heart muscle doesn't receive enough oxygen via these blood vessels, well then that portion of the heart starts to die and when that starts to happen most likely someone will experience a "heart attack". In some cases, if the area of the heart which is not receiving oxygen happens to be a large area, that part of the heart can induce and cause the rest of the heart to go into a dangerous rhythm called Ventricular Fibrillation (also known as V-fib). This dangerous arrhythmia (irregular heart beat) doesn't allow the heart to pump. And, as a result, the heart stops. This causes what we call "sudden death".

It is my expert opinion that if an autopsy was done on either of these ladies, you will find that their coronary arteries were completely clean and with no presence of plaque!   Even though they died of sudden cardiac death, this doesn’t mean that they had a heart attack (also termed Myocardial Infarction or MI in the medical world). You see, the dangerous arrhythmia that stops the heart (Ventricular Fibrillation) can by caused by other factors, and not NOT just coronary artery disease. There is a group of genetic diseases that can cause the heart muscle to not function properly. These group of diseases are called CARDIOMYOPATHIES. Although there are many forms of cardiomyopathy that can develop from years of insult to the heart (such as heart valve problems or severe high blood pressure), many cases are inherited and if that’s the case, a person is simply born with a defective heart muscle. Some of these defects prevent the heart muscle from not being able to pump properly. Overtime, this can cause the heart to become very weak and enlarged. See the images below: 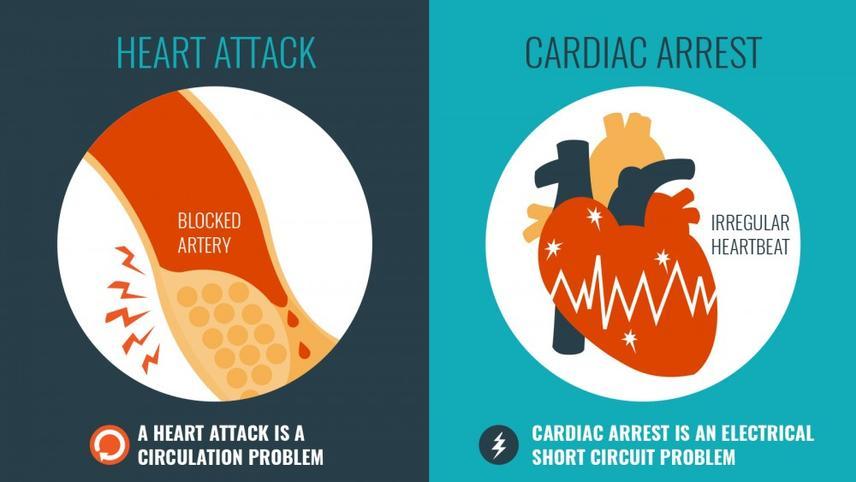 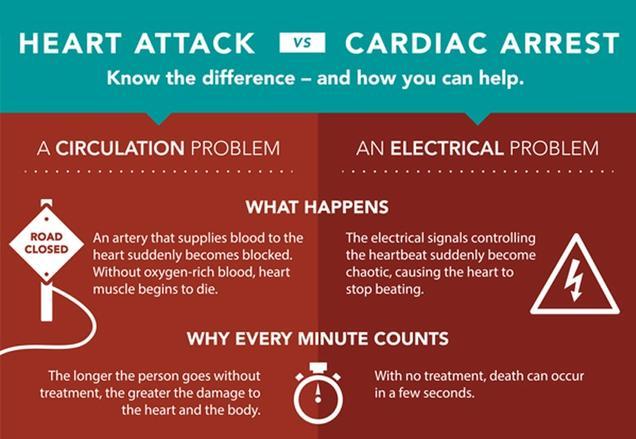 Sudden Cardiac Death (SCD), may be caused by almost any known heart condition. Most cases of SCD or “Sudden Death” occur when a diseased heart’s electrical system malfunctions. This malfunction causes an abnormal heart rhythm such as ventricular tachycardia or ventricular fibrillation. Some cardiac arrests are also caused by extreme slowing of the heart’s rhythm (bradycardia).

It is highly probable that number 2 above (electrical abnormalities of the heart) was the causative factor in the death of the two recent cases mentioned above. These patient's heart cells have a defect in conduction of the electrical current that cause the heart muscle to beat but the pumping of the heart might be normal. Unfortunately because the contraction of the heart is normal, this condition can go undetected for decades and can then present suddenly in the form of sudden death.

Coronary artery disease (CAD) on the other had, develops over two to three decades. That's why it is extremely rare and pretty much impossible to have CAD at a very young age (under 30). However, for people over the age of 30, it’s possible to have CAD. Although it’s extremely rare to see significant obstructive coronary artery disease in people in their 30’s, there are some cases. But, these patients almost always have a very strong family history of heart disease, meaning a first degree relative has had or has died of a massive heart attack, and usually at a younger age.  This is why physicians always ask family history since it is crucial in determining one’s risk of heart disease and/or sudden death.

Of course, I don't have the full medical history of either of ladies. But, even without it, I can say with confidence that what caused the sudden death was either one of two reasons: 1) They had an abnormal defect in the electrical conduction of their heart; or 2) They had some form of cardiomyopathy. But, whichever one they had, the real problem is that it went undetected.

Now the question is: If doctors were able to detect the abnormal defect in the electrical conduction of their heart or cardiomyopathy in advance, could these two incidents and many other similar incidents been prevented? My well qualified answer is YES!  Both of these ladies deaths should have and could have been prevented if they came to see me or another well qualified physician.  Unfortunately, many individuals, the younger generation in particular, do not take the time or feel the need to see a well qualified physician who can rule out heart disease risk.  I am not recommending that a full cardiac check up (echocardiogram, electrocardiogram, etc.) is necessary on every single individual under the age of 30, as it could be extremely costly, but there are clues that can point to these conditions with minimal cost.   And that’s why prevention is key when it comes to heart disease.

I seriously recommend that everyone implement the following four steps to prevent a major heart related catastrophe: Also, in case you are ever in a situation where someone is entering sudden cardiac arrest, there are specific measures you can take to help that person survive. Most importantly, immediately call for help that includes calling 911. Then either start CPR if you or someone around you is certified to do so. Next, try to locate a nearby AED, which stands for Automated External Defibrillator. An AED is a lightweight, portable device that delivers an electric shock through the chest to the heart. This shock can potentially stop an irregular heartbeat and allow a normal rhythm to resume after sudden cardiac arrest (SCA). And if SCA is not treated within minutes, it can quickly become fatal.

An AED is actually extremely easy to use (when you turn on the machine their is an automated voice that tells you what to do step by step, in order to administer the life saving shock) and thankfully is now available in most public places. Here is some homework for you (don’t worry you won’t be graded): Find out if your work has an AED. And if so, where to find it! When a heart stops beating unexpectedly and goes into cardiac arrest, and if not treated within minutes, it quickly leads to death. Most cases of SCA are caused by one suddenly entering a state of ventricular fibrillation (VF), a rapid and unsynchronized heart rhythm that originates in the lower chambers of the heart (the ventricles). And in order to survive this fatal arrhythmia, the heart must be immediately “defibrillated”. Unfortunately, a victim’s chance of surviving decreases by 7-10% for every minute a normal heartbeat isn’t properly restored. Knowing how to respond in an emergency situation can save a life! 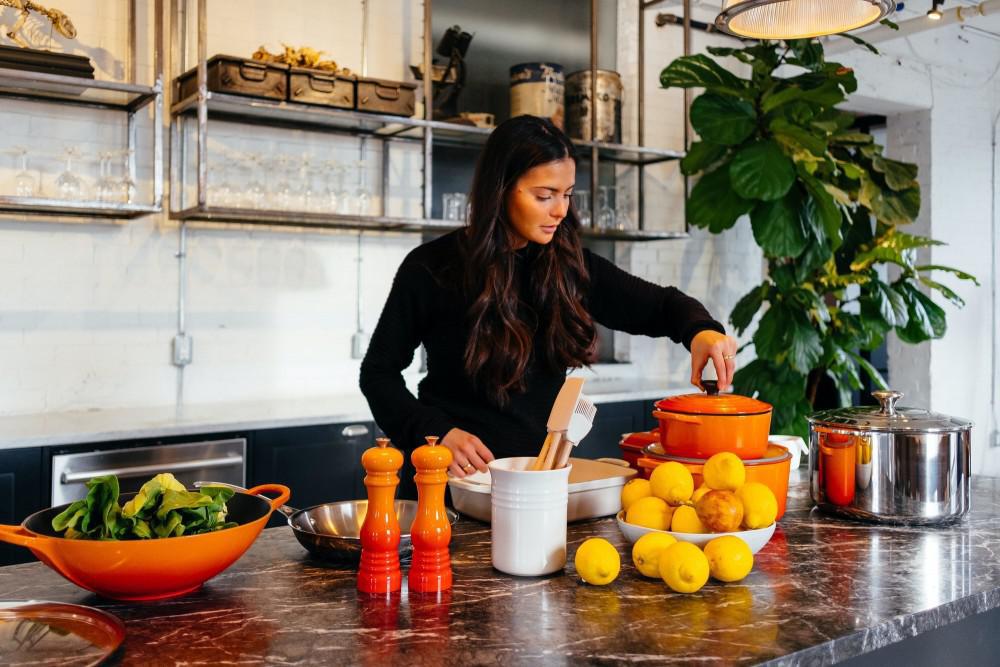 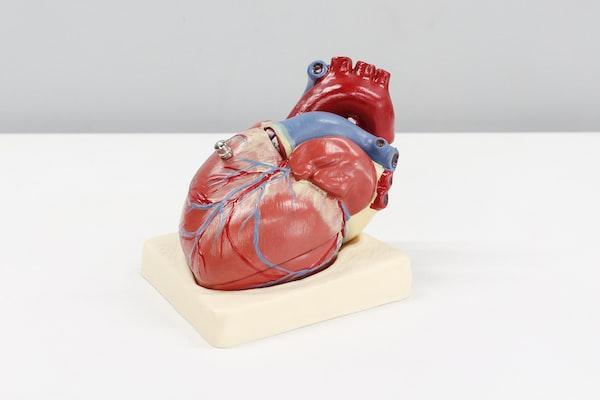 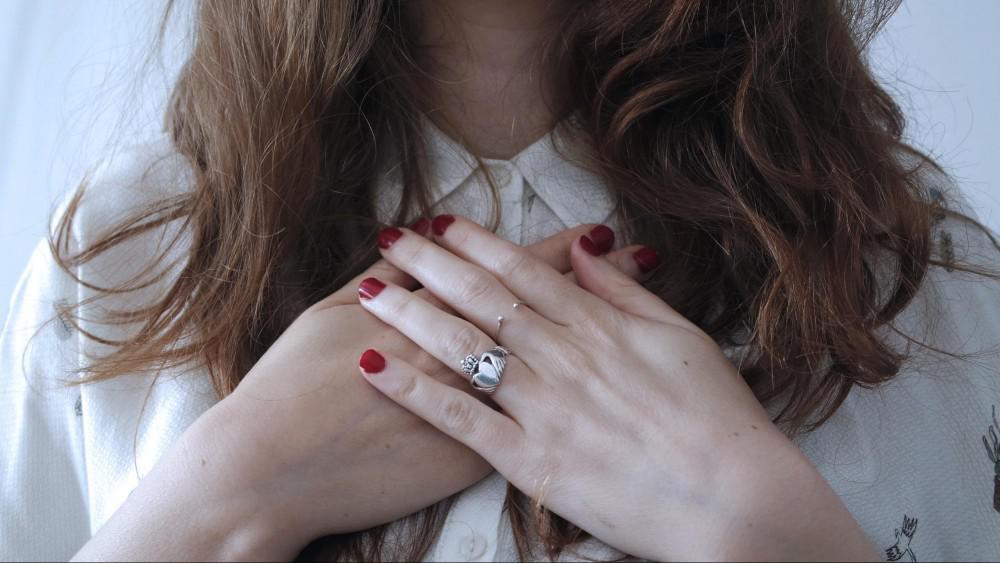 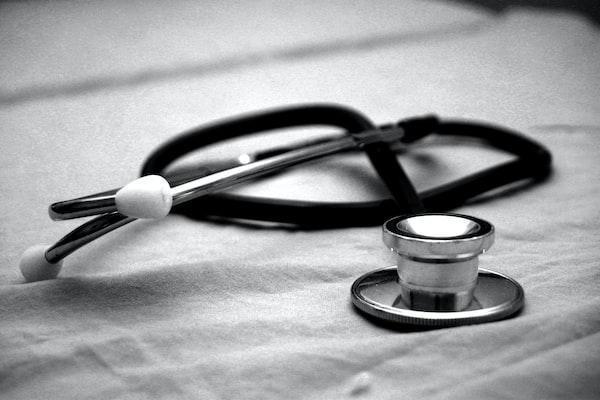 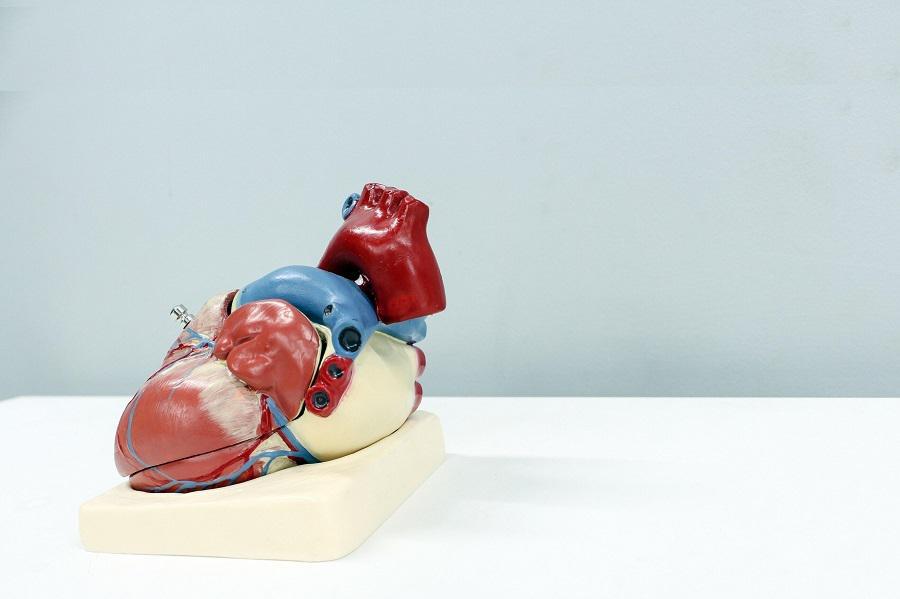 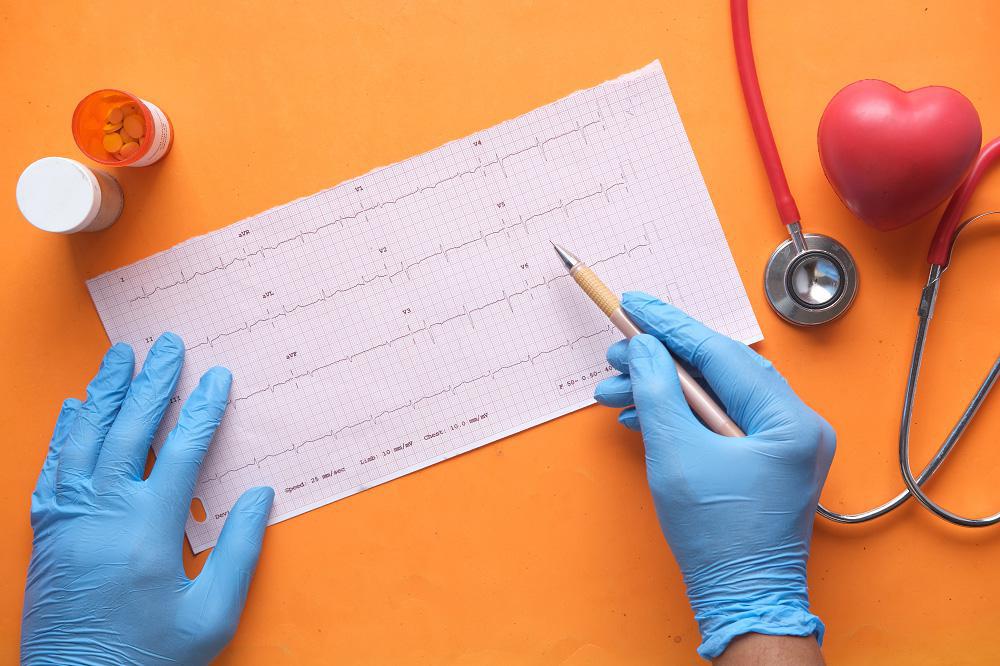